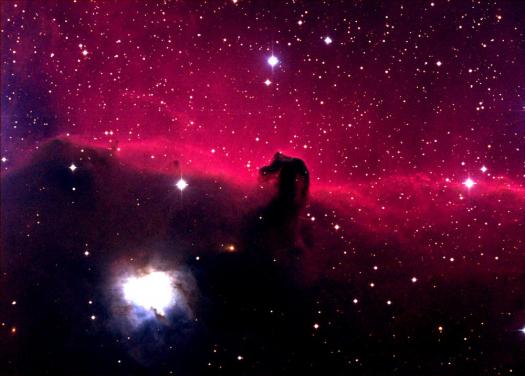 Lying just below the belt of Orion, the Horsehead Nebula is actually two nebulae, one lying in front of the other. The foreground nebula, which includes the horsehead figure, appears dark because there are no nearby stars to illuminate it. The background nebula emits the characteristic red light of hydrogen, caused to glow by the energy of nearby stars. The Horsehead is also known as IC 434. This image was made with the 0.8-meter Telescope at McDonald Observatory, with the Prime Focus Corrector instrument. Credit: Tom Montemayor/McDonald Observatory