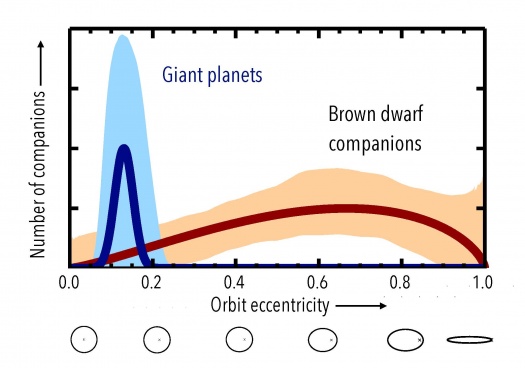 These two curves show the final distribution of orbit shapes for giant planets and brown dwarfs. The orbital eccentricity determines how elongated the ellipse is, with a value of 0.0 corresponding to a circular orbit and a high value near 1.0 being a flattened ellipse. Gas giant planets located at wide separations from their host stars have low eccentricities, but the brown dwarfs have a wide range of eccentricities similar to binary star systems. For reference, the giant planets in our solar system have eccentricities less than 0.1.Credit: Brendan Bowler (UT-Austin)