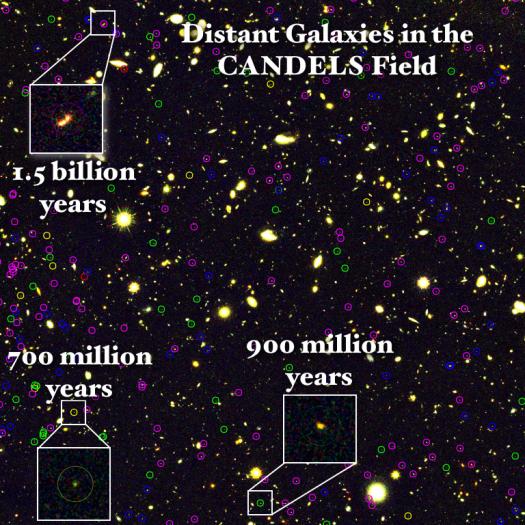 This composite image is made up of an optical image (shown in blue) by Hubble Space Telescope as part of the GOODS survey, combined with an infrared Hubble image (red and green) taken in dedicated CANDELS observations.