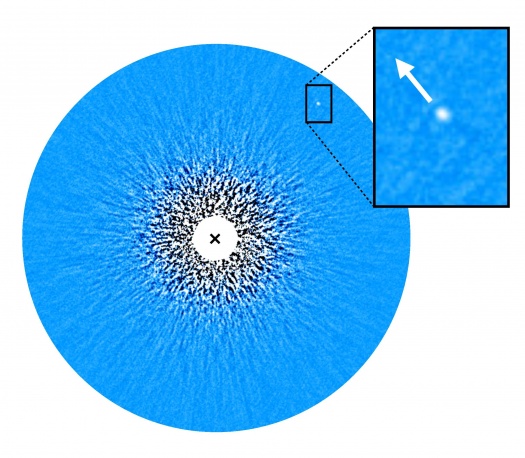 This image of the low-mass brown dwarf GJ 504 B was taken by Bowler and his team using adaptive optics with the NIRC2 camera at Keck Observatory in Hawaii. The image has been processed to remove light from the host star (whose position is marked with an “x”). The companion is located at a separation of about 40 times the Earth-Sun distance and has an orbital period of about 240 years. By returning to this and other systems year after year, the team is able to slowly trace out part of the companion’s orbit to constrain its shape, which provides clues about its formation and history. Credit: Brendan Bowler (UT-Austin)/W. M. Keck Observatory