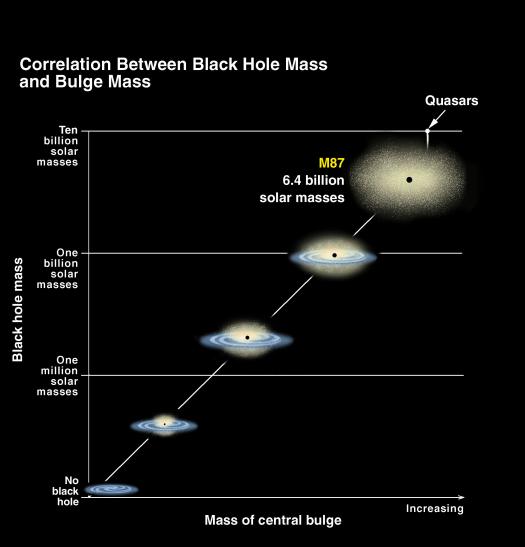 The illustration shows the relationship between the mass of a galaxy's central black hole and the mass of its central bulge. The new higher mass Gebhardt and Thomas computer modeled for M87's black hole, 6.4 billion solar masses, could change this relationship. They used a more complete computer model than previous work. This may mean that the black holes in all nearby massive galaxies are more massive than we think, signaling a change in our understanding of the relationship between a black hole and its surrounding galaxy. Credit: Tim Jones/UT-Austin after K. Cordes & S. Brown (STScI)