As a young child, Matt Shetrone loved to explore. He says he'd go hiking with his Boy Scout troop, marveling at archaeological finds. Later, he embarked on travels to Australia and Europe. Today, Matt has expanded his horizons to exploring extrasolar planets, massive galaxies, the early universe, and other phenomena. Truly, he is a Christopher Columbus of this era, forging into the darkest and least known areas of our world with the most cutting-edge tools available for today's explorers.

"See the broader world outside of science."

Matt is a Texan. He grew up in Dallas, attending W.T. White High School. He says there he was most impacted by his teacher Gale Cope. Matt says Ms. Cope pushed him "to see the broader world outside of science: theater, art, athletics, nature, and culture. She wanted all of her students to be well-rounded people and active community leaders." Her influence on Matt shines today as he loves to experience foreign cultures by traveling, backpacking the trails of Big Bend National Park, and run on the isolated trails surrounding McDonald Observatory.

Matt completed his undergraduate degree in astronomy here at The University of Texas at Austin. He then attended The University of California at Santa Cruz where he completed his Ph.D. in astronomy and astrophysics. From his experience with optical telescopes at McDonald Observatory as an undergraduate and at the Keck and Lick Observatories as a graduate student, Matt was hooked on optical astronomy. Ph.D. in hand, he went south of the equator to the European Southern Observatory in La Silla, Chile.

"It was going to be a success."

By far, Matt says his most gratifying moment in his astronomical career occurred when was as a graduate student. He worked for a couple of years to simulate the production of a particular element in the nucleosynthesis that occurs within stars. The existence of this element in stars had been proposed but never observed. Finally, after a year of hard work, Matt was granted time on the three-meter telescope at Lick Observatory. On the first night, he had good weather and observed a spectrum of a star. Eureka! The spectrum showed that, as he predicted, this element was present in the star. "I knew at that moment that even though I would have two more long years of work to finish my thesis that it was going to be a success."

"Who could have a better job than me?"

Matt has returned to McDonald Observatory where he is the resident astronomer for the Hobby Eberly Telescope. He is in charge of running the night-to-night observations at the HET, collecting data for both himself and other astronomers. Regarding his job, he says, "In a single night I might start working on a search of planets around other stars, then work on finding the distance to nearby galaxies and end the night with looking for the most distant objects in our universe. Then I can walk home watching the sun rise over the beautiful Davis Mountains. Who could have a better job than mine?" 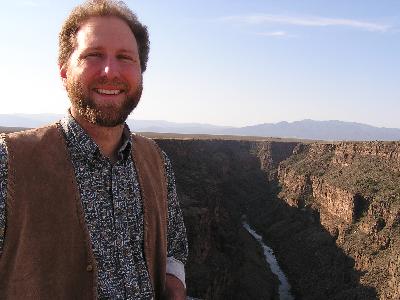