JJ
It gives you a new perspective on what you're doing and how little you know about the universe.

Astronomy graduate student JJ Hermes grew up Houston and New Orleans, and says he did not spend much time looking at the sky. He didn't even have a telescope. As a student at The University of Texas at Austin, he studied physics and was the editor-in-chief of the student newspaper, The Daily Texan.

He also took an astronomy class from Dr. Volker Bromm. That class showed him, he says, that "there are elegant solutions to understand things that are happening hundreds of light-years away." He was hooked, and decided to work toward degrees in both physics and astronomy. He also worked for McDonald Observatory as a writer for this website.

After graduation, JJ worked as a reporter at the Chronicle of Higher Education in Washington, D.C. One of his assignments was to investigate the earmarked funds set aside by congress for colleges and universities. He also covered floor votes and hearings on Capitol Hill.

JJ sees a connection between journalism and astronomy. In both, "you've got to try to experience something from a global perspective, and teach people things they didn't know before," he says.

After a year in Washington, JJ returned to The University of Texas to pursue a PhD in astronomy. He researches white dwarf stars. He is often at McDonald Observatory observing stars with the Otto Struve Telescope.

To stay up all night observing, JJ says he drinks coffee, watches baseball games, and walks around the dome's catwalk. "I stand on the catwalk and get dark adapted and sink into what is happening. It gives you a new perspective on what you're doing and how little you know about the universe. You get this feeling when you look straight up and you're motionless. Every now and then a meteor goes off."

When he's not observing, JJ likes to play on the astronomy department's softball team, the Ultra-Deep Fielders. 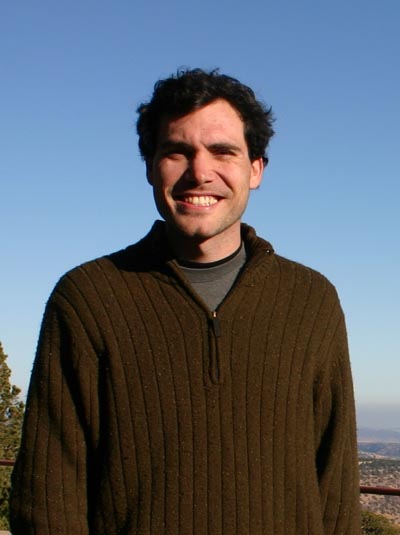