Sally
I love it when I think about a problem and can figure out something new.

University of Texas astronomer Sally Dodson-Robinson lived in many different places growing up. "Born in LA. Lived in Orange County, Utah, Colorado and Round Rock [Texas]," she says. As a kid, Sally says she thought about being an astronomer, but didn't know how to go about becoming one.

"I was really into astronomy, especially planets. I loved learning about them." In school, Sally says her 12th grade English teacher Mrs. Palmer was her favorite teacher. She taught AP English and Sally says she learned to see English with its novels and poems and plays as interesting and creative.

Even if she wasn't an astronomer, Sally says she'd still be a scientist of some sort, possibly working with animals or the environment. In college, she met an astronomer on the faculty at the Rochester Institute of Technology and Sally decided to venture into the field herself.

Obtaining her Bachelor of Science in Imaging Science, Sally went on to receive both a master's degree and a PhD from the University of California-Santa Cruz. She is now an assistant professor of astronomy at The University of Texas at Austin.

As much of her current work is entirely theoretical, Sally says she hasn't had to stay up all night using a telescope in a while. But while working on her master's degree, Sally says, "I did one month of observing at Kitt Peak National Observatory. I was up all night for a month of time." Though staying up all night is difficult for her, Sally says, "I really love discovering things. I love it when I think about a problem and can figure out something new."

Her first major discovery came when she first realized that the element silicon affects planet formation. This discovery has led several of her colleagues onto discoveries of their own.

When she isn't observing, Sally likes reading mysteries and swimming in the hot summer months. 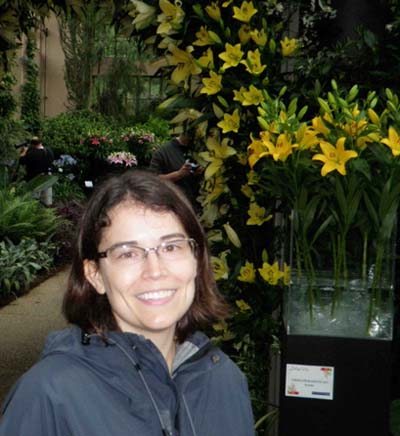