Dean Chandler loves astronomy, he says, even though he's "not a vocational astronomer." Dean spends most of his daylight hours doing electronic design work for the consulting firm that he founded. The other things that occupy most of his time are the wonders of the night sky.

As the current president of the Central Texas Astronomical Society, Dean is able to nourish his love for astronomy while also earning money from his day job.

"I got interested in the business side of life," he says of the consulting firm he owns. "But I've always been interested in astronomy, too. It helps us ask those big questions: who we are, where we're going."

Dean grew up in Chicago, where he had an interest in science from a very young age. When he was 12 years old, he joined the Chicago Astronomical Society, which met at the local planetarium. He graduated from Harvard College and received his PhD in chemistry from Northwestern University. He then taught college chemistry for 10 years before starting his own business.

"Astronomy is a great hobby because it's so fun," Dean says. "It's one of the only ways to do science with other people, as opposed to chemistry, where most of your work is done in a lab. For instance, I like to take people with me when I observe. It helps to pass the time, and it's lots more fun that way."

As the president of the Central Texas Astronomical Society, Dean aims to help young people learn about and love astronomy from a young age like he did. The Society conducts educational outreach programs in classrooms in the Temple, Waco, and Killeen region of Central Texas, as well as collaborating with McDonald and conducting investigations with their own research-quality 24-inch telescope.

Dean and his wife, Gail, live in Temple, Texas, where they love to go ballroom dancing. They share their home with their dog, Rascal, and their cat, Sadie. 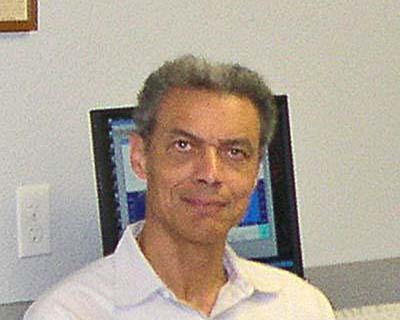