Luz Marina Cairos Barreto, "Luzma" to her friends, knows what it's like to be away from home. She grew up in Tenerife, in the Canary Islands, where she was born five minutes from the beach and learned to love swimming. However, she is currently working in a post-doctoral position at the Astrophysikalisches Institut Potsdam in Germany, when she isn't traveling for astronomy.

"This job allows us to live with a certain kind of freedom," Luzma says. "Usually, one can move from one country to another, and one can decide when and how long." Luzma also enjoys other aspects of the job. "All the academic jobs have a clear advantage," she says. "We are always learning. That's fun."

However, the job does have one downside in Luzma's eyes. "We definitely work too much with computers," she says. But staying up late observing isn't a downside at all, as long as she has some music to listen to or somebody to talk to. "I never go early to bed, so it is not so difficult for me," she says.

As a child, Luzma never thought she would study astronomy. "I wanted to study science," she says, "but probably mathematics or physics. Astronomy came to mind only after I was already at the university."

She thinks she would probably be a journalist or a writer if she weren't an astronomer. "In my free time mostly I read, write, and watch movies," she says. "But always in the cinema. I do not like watching TV." 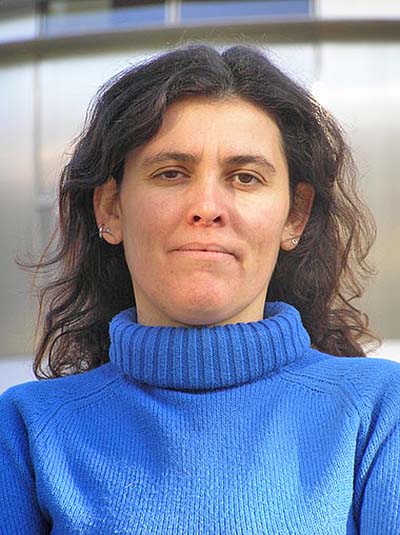