Jesús Aguilar is an undergraduate studying astronomy at the University of Texas at Austin. He was president of the Astronomy Students Association from fall of 2010 through spring of 2012.

“I became fascinated with astrophysics on the day that I stumbled upon online educational material from the Public Broadcasting System," he says. "Doctors Brian Greene and Neil de Grasse Tyson's presentations of the material were more than enough to spark a tremendous curiosity in me.”

Jesús is interested in the way mathematics, physics, and the natural world relate to each other.

“My favorite high school teacher is my former pre-calculus teacher, Mr. Jim Robarge. His experience in teaching made him a master at creating a 'need-to-know' experience at the beginning of each class," Jesús says. "He would often post warm-up exercises on the overhead that weren't directly tied to the day's lesson plan but nonetheless had amazing mathematical significance. ... I remembered [those] high school moments years later [in my math studies] in college.”

Jesús has had a lot of interesting astronomy experiences since coming to UT-Austin.

“I've been privileged to go to [McDonald] Observatory many times as an undergraduate, and on one occasion I was directly involved in collecting data that would later help researchers discover a new planetary system around a white dwarf star," he says. "Believe it or not, I've met Sally Ride here at UT. Too, I've been blessed to lead a group of undergraduates on a summer trip to the observatory. I think all of these were equally exciting.”

In addition to astronomy, Jesús loves music. “I've played the clarinet for ten years in various ensembles. At the university, I've played in the Basketball Band, the Longhorn Band, and the Symphony Band," he says. "I also enjoy studying other languages, reading poetry, and playing ultimate disc.” 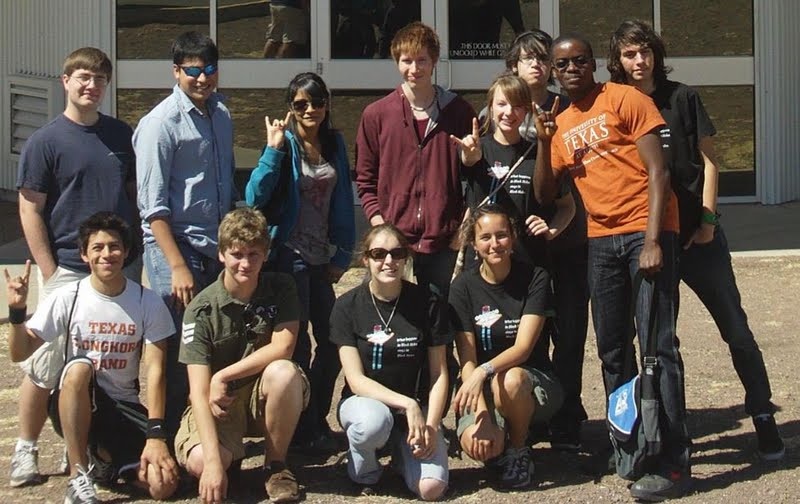