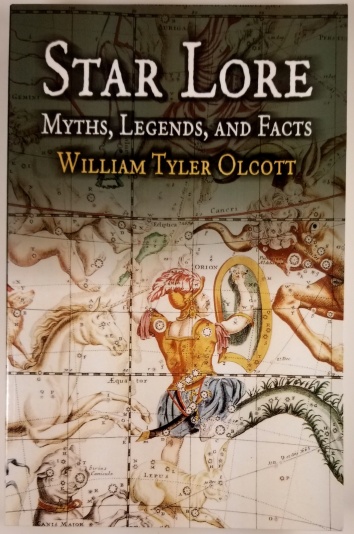 Written by William Tyler OlcottMyths, Legends, and FactsGenerations of readers, stargazers, and fireside dreamers have delighted in this guide to the myths and legends surrounding the stars and constellations. Originally published in 1911, William Tyler Olcott's beloved classic offers captivating retellings of ancient celestial lore from aroind the world."Star Lore" recounts the origins and histories of star groups as well as the stories of individual constellations: Pegasus, the winged horse; Ursa Major, the Greater Bear; the seven daughters of Atlas know as the Pleiades; the hunter Orion, accompanied by his faithful dogs, Canis Major and Canis Minor; the signs of the Zodiac; the minor constellations such as the ship Argo, the Giraffe, and the Unicorn.Fifty-eight black-and-white images include photographs of the actual stars as well as scenes from their related myths portrayed by Michelangelo, Rubens, Veronese, and other artists. This edition features a new introduction by astronomer Fred Schaaf, in addition to an extensive appendix and index.