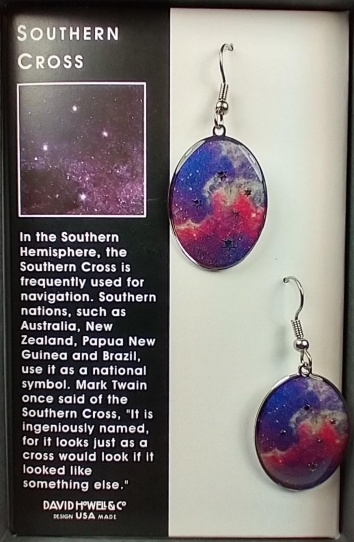 In the Southern Hemisphere, the Southern Cross is frequently used for navigation. Southern nations, such as Australia, Papua New Guinea and Brazil, use it as a national symbol. Mark Twain once said of the Southern Cross, "It is ingeniously named, for it looks just like a cross would look if it looked like something else. Materials used: Solid brass, electro-plated with non-tarnishing silver finish, giclee print, domed, ear wires are hypo-allergenic. Made in the USA by David Howell & Co.